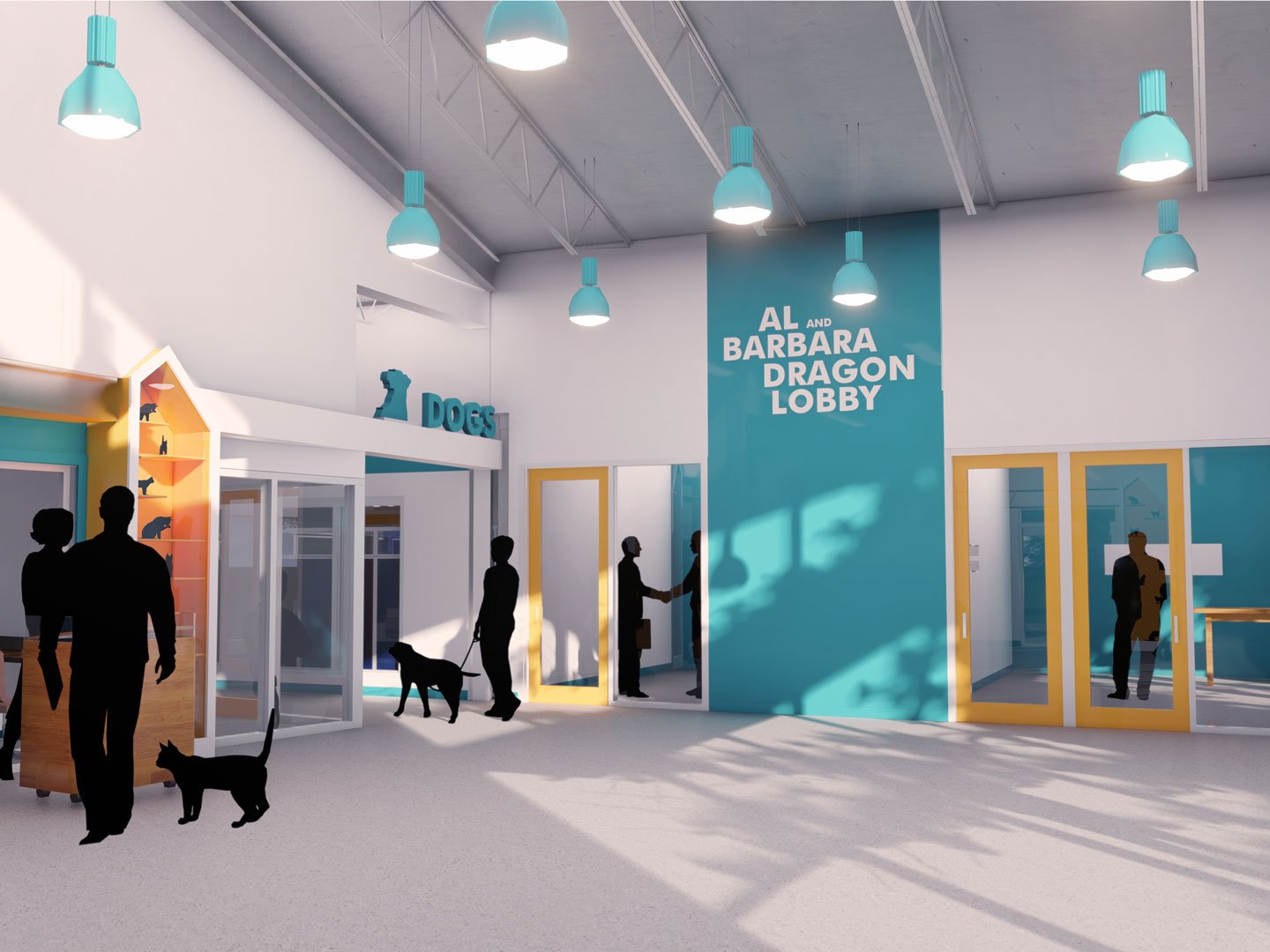 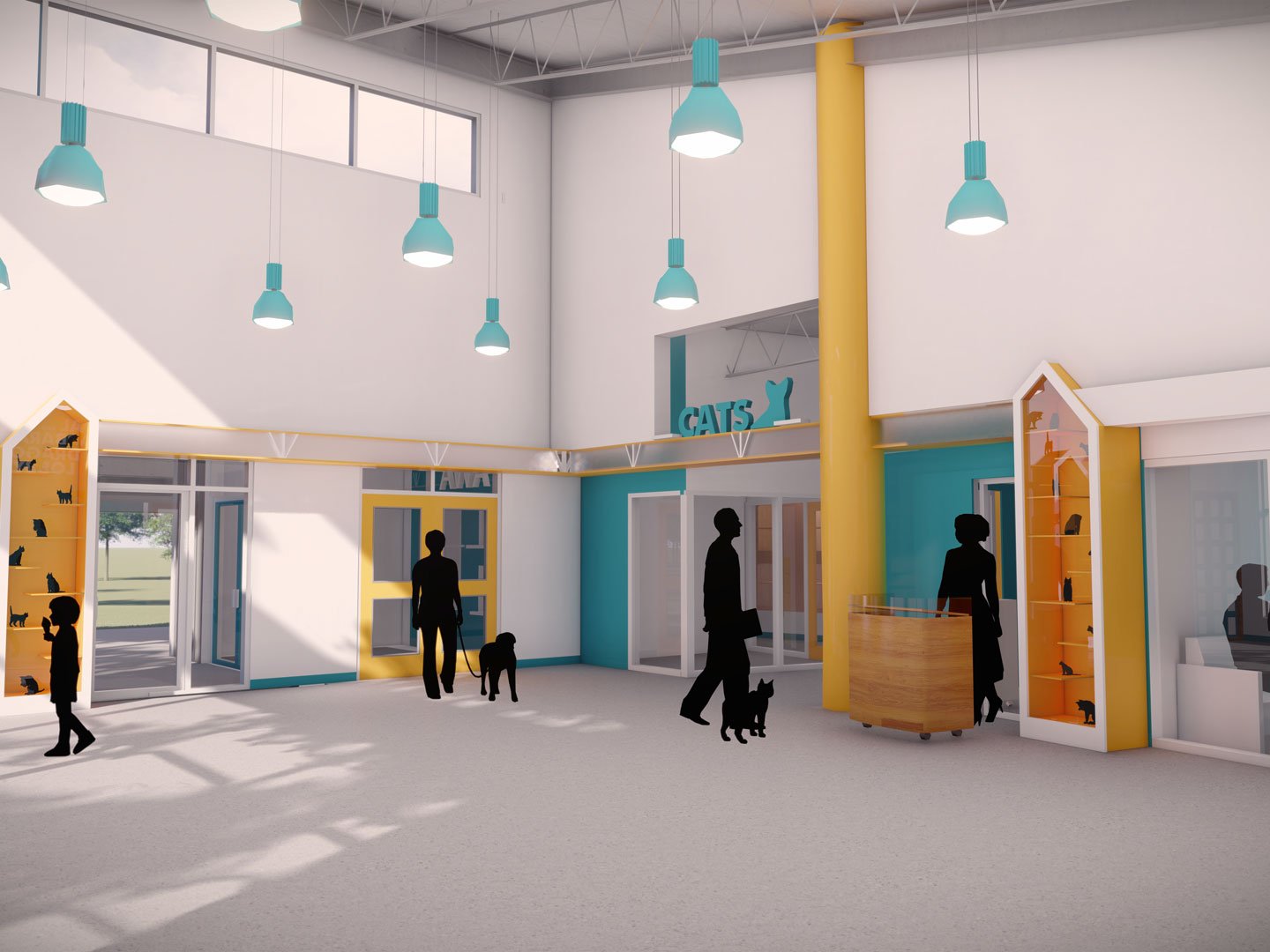 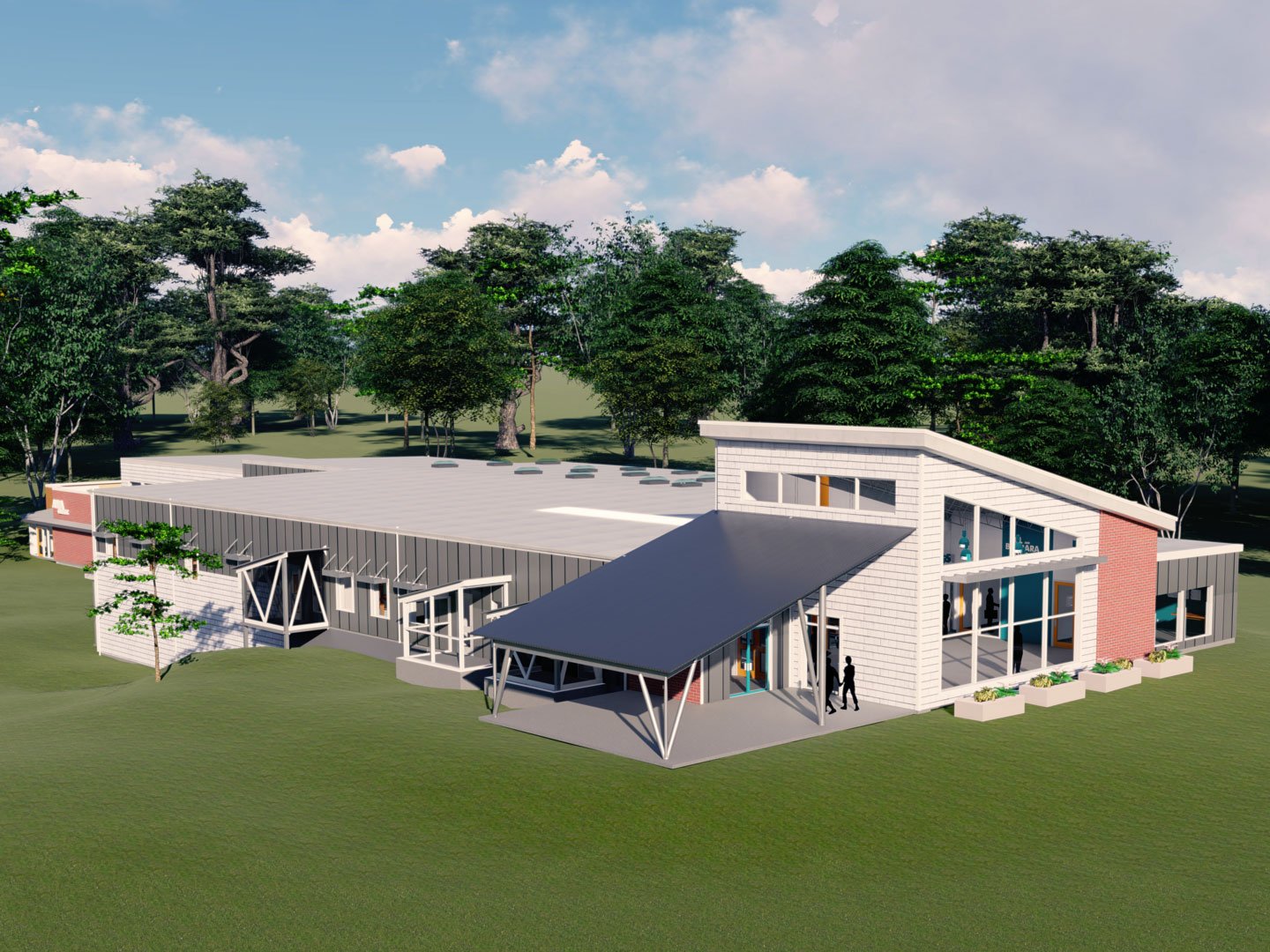 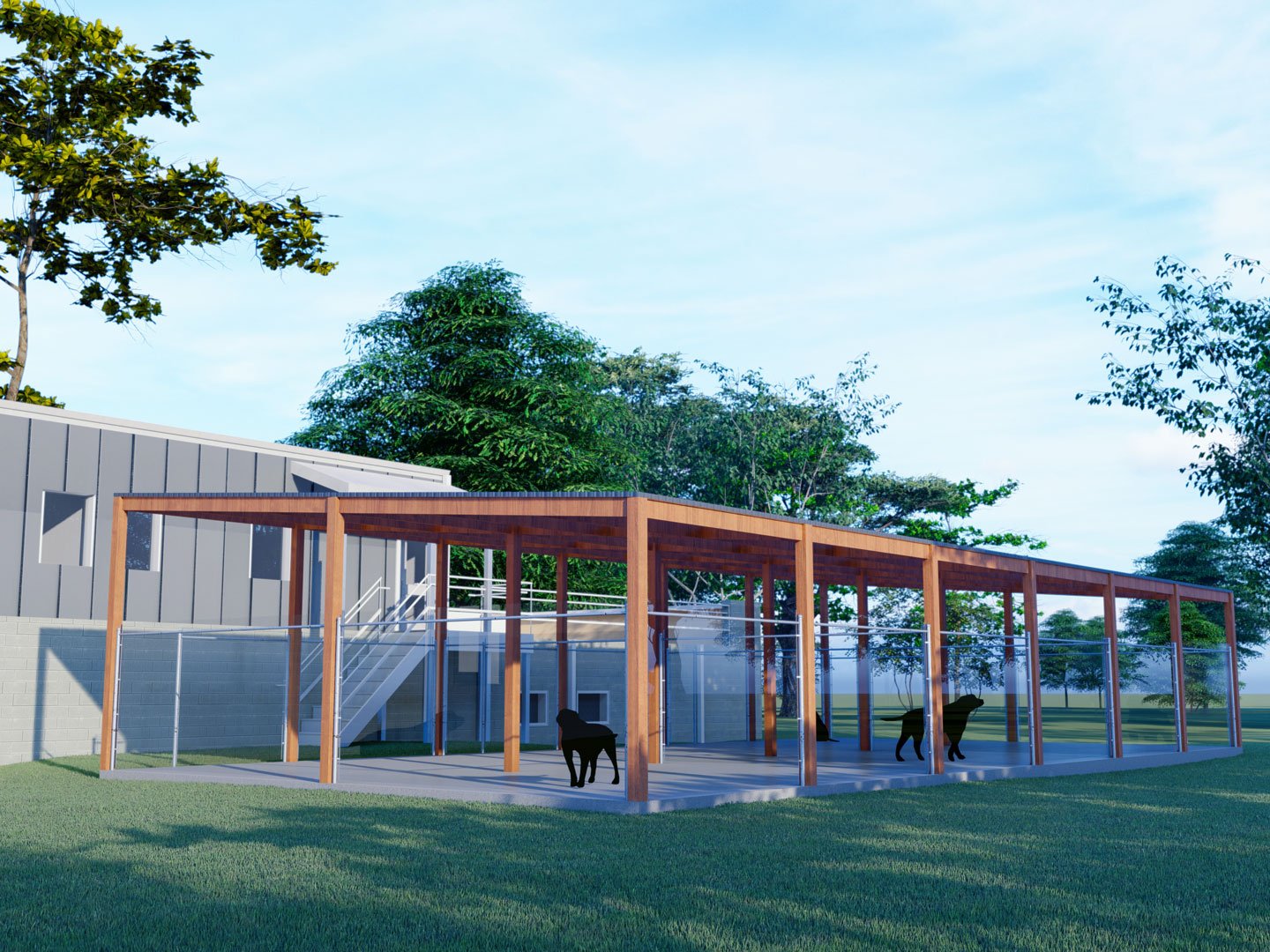 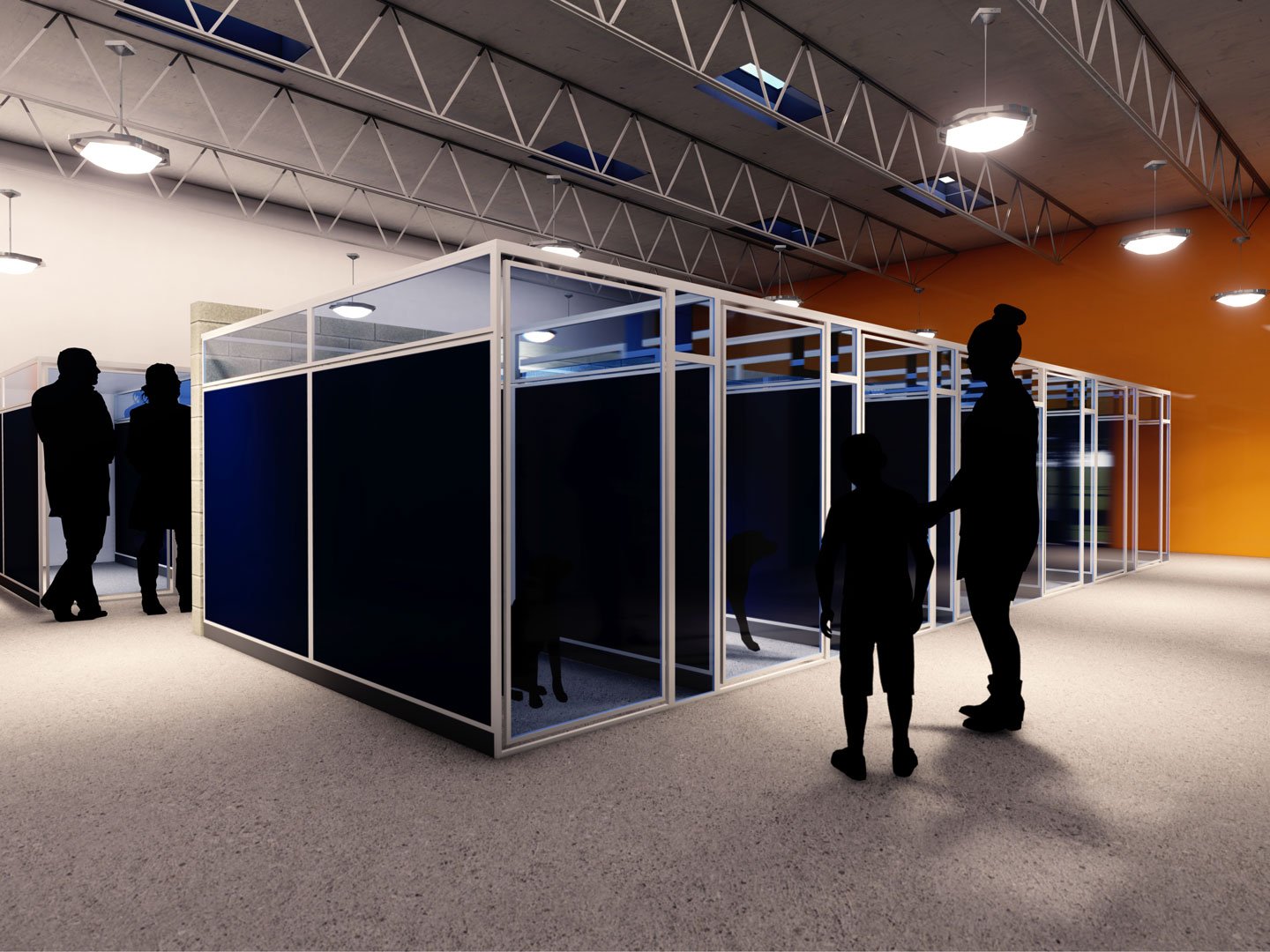 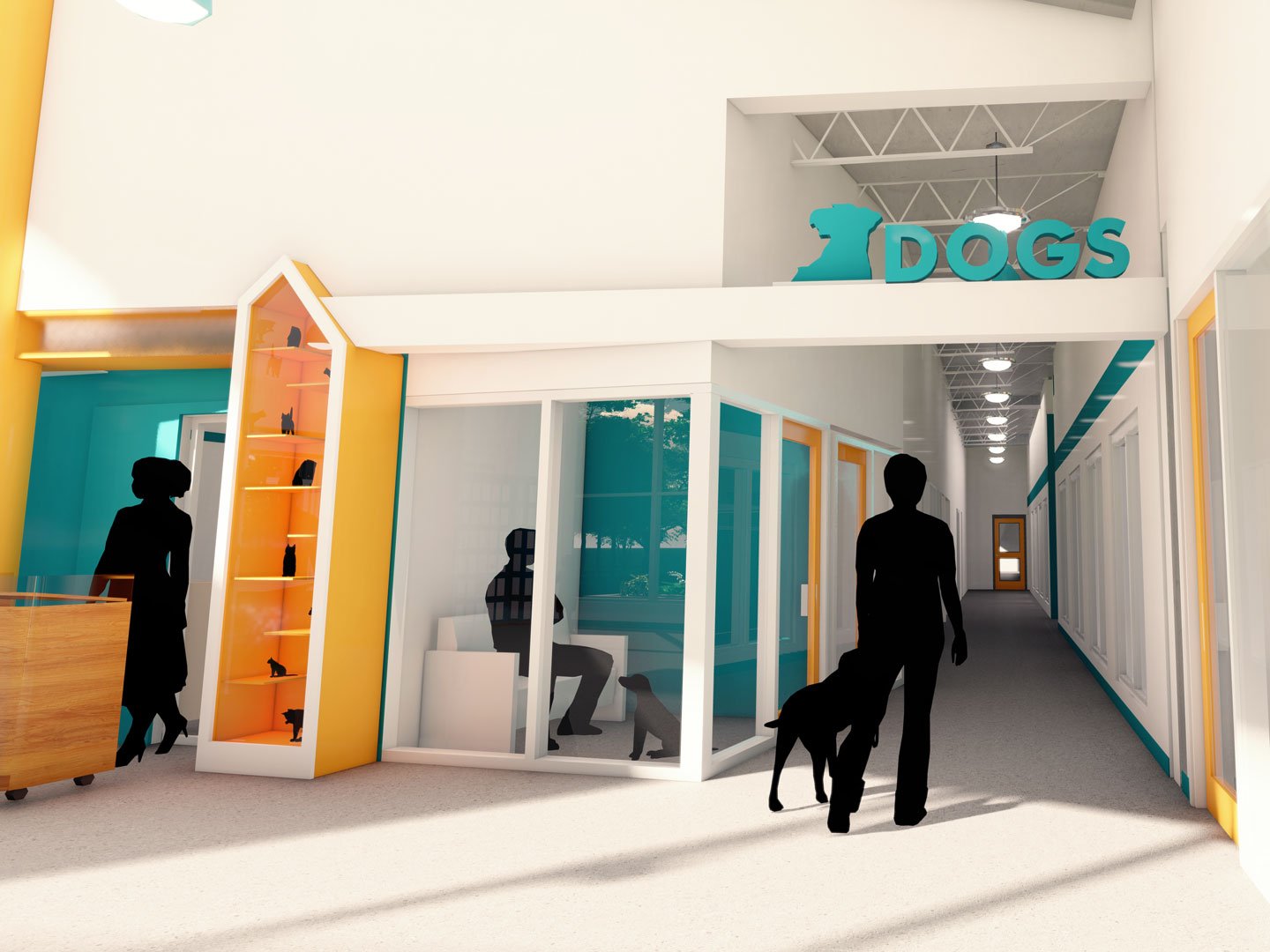 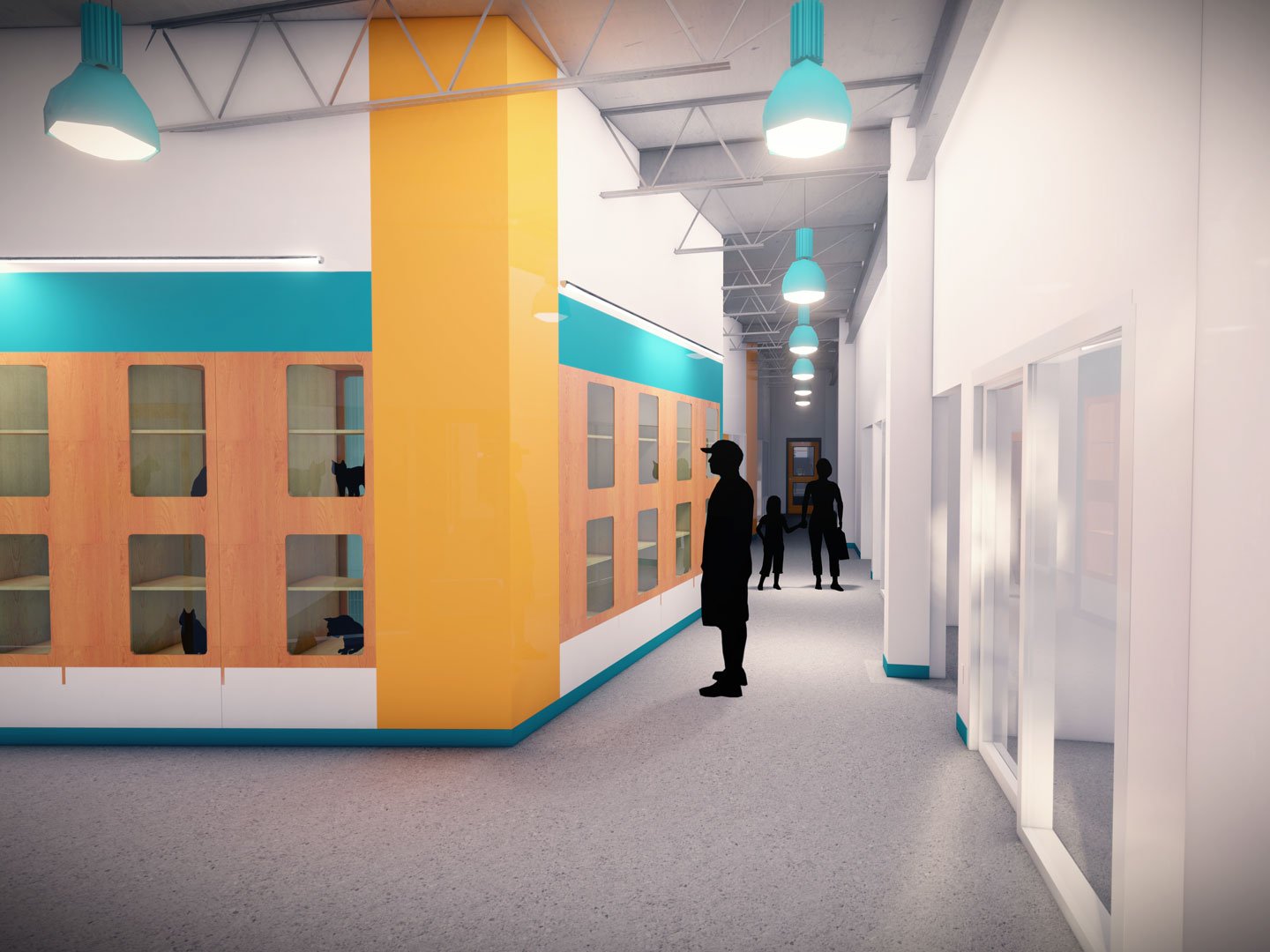 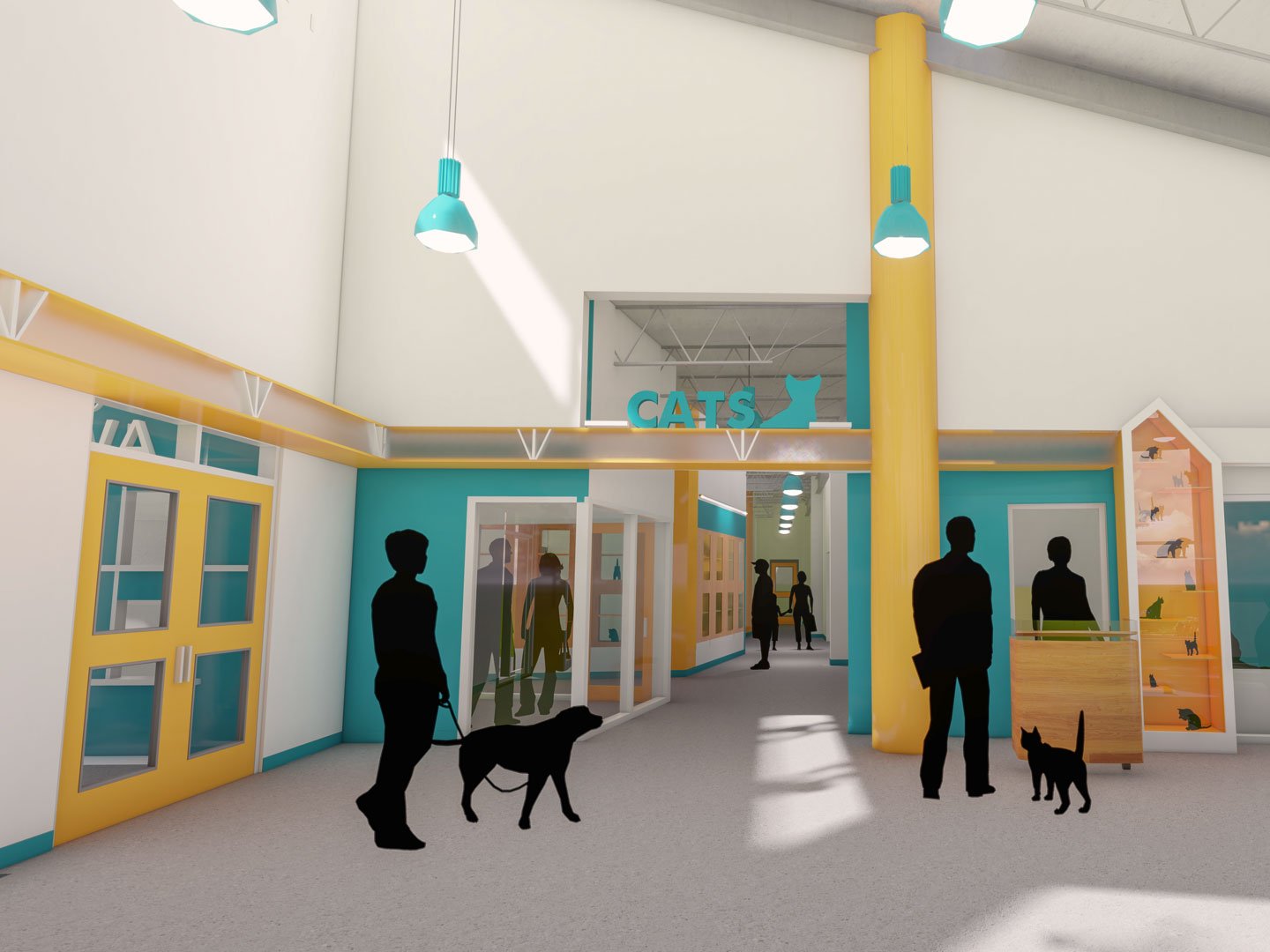 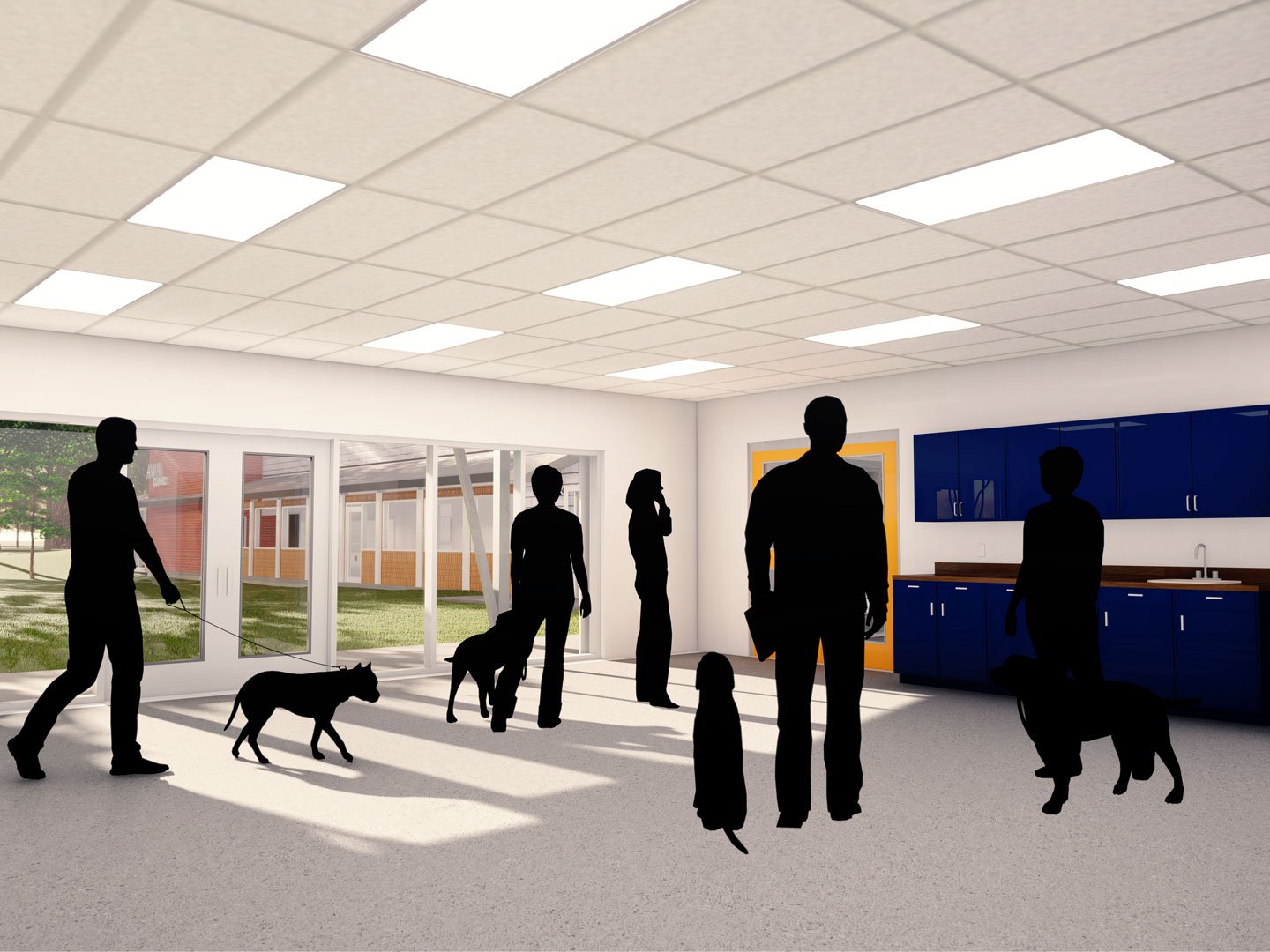 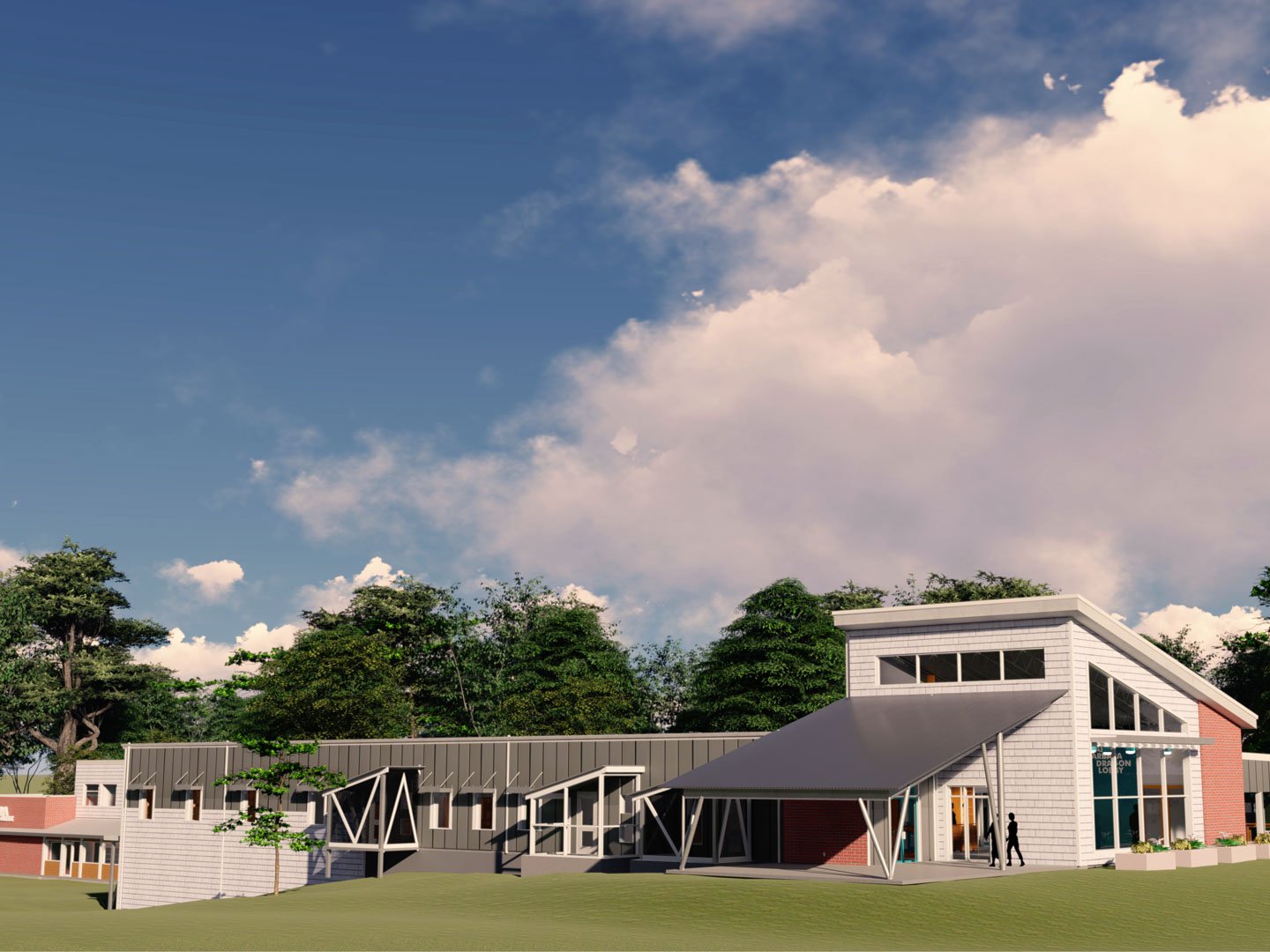 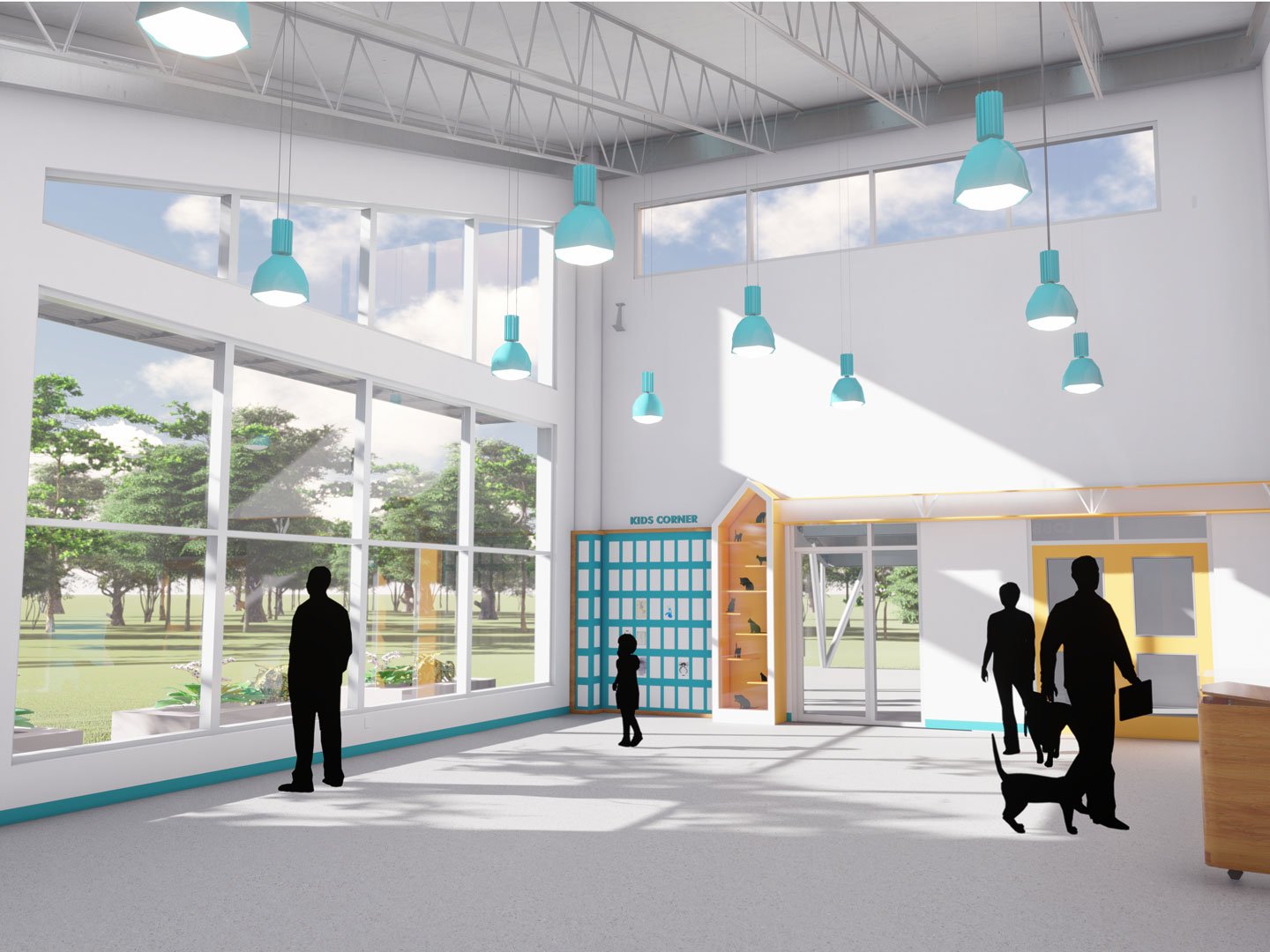 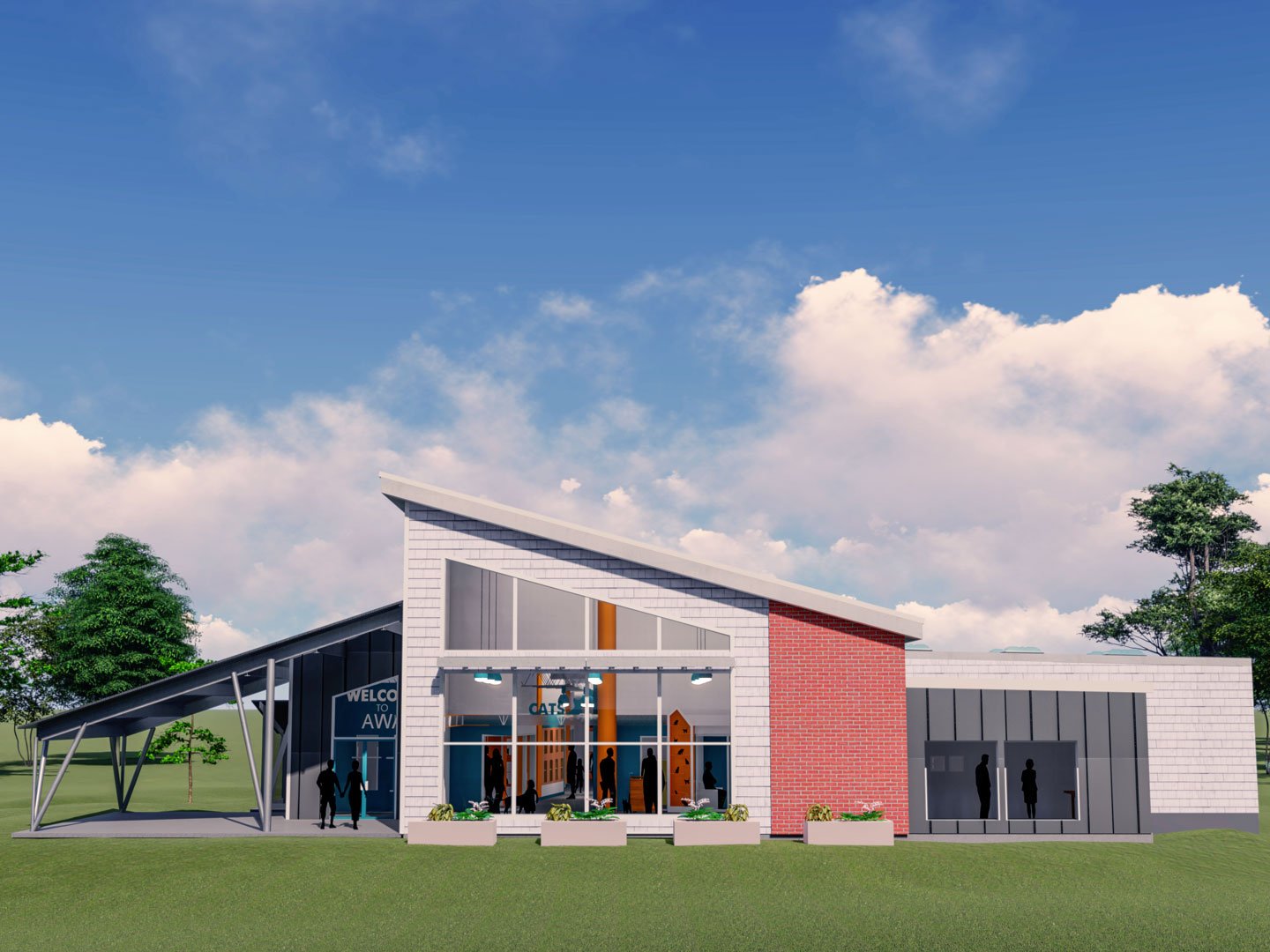 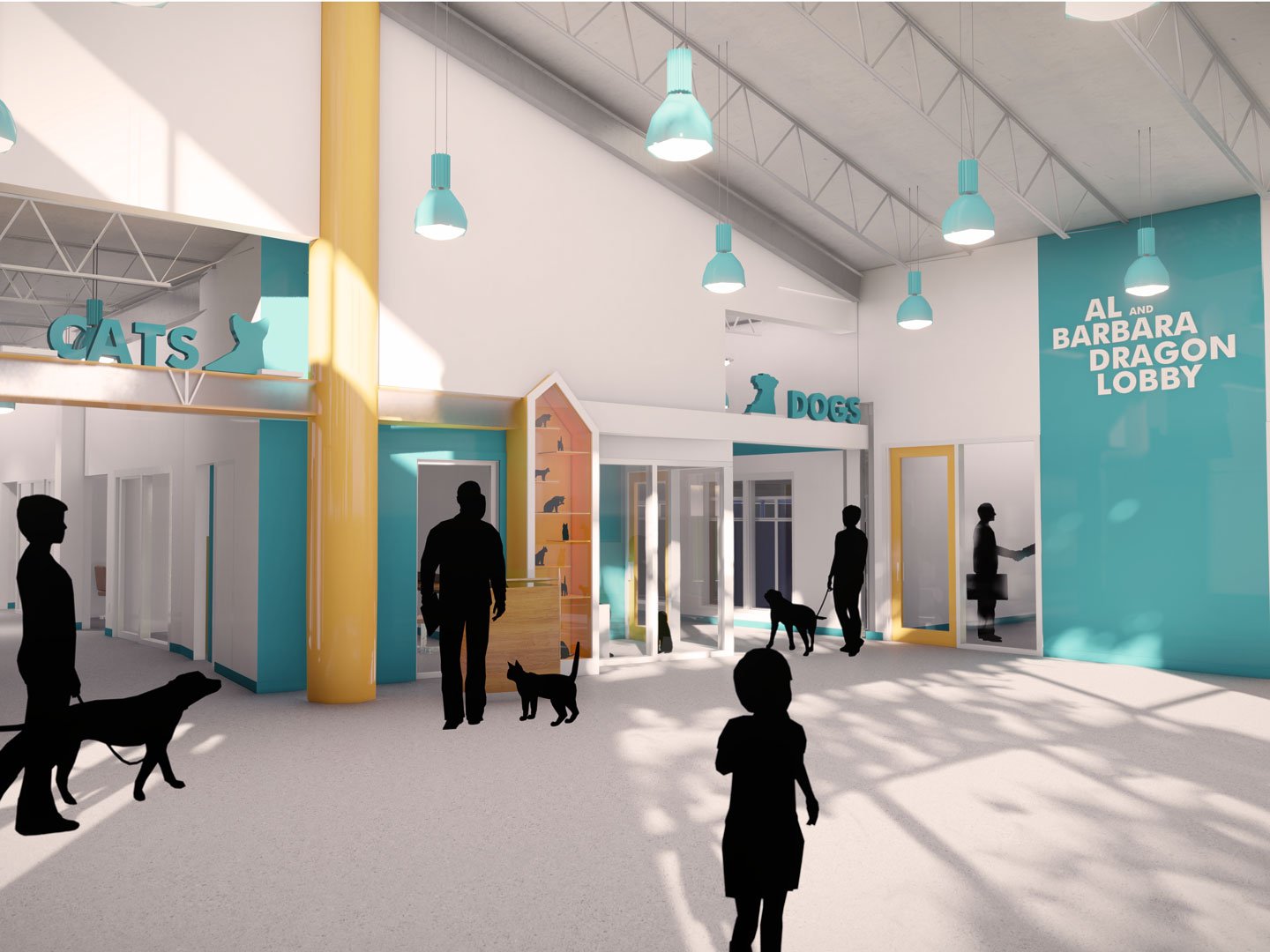 We can watch the progress of the construction on the new shelter building and see the walls reaching towards the sky, but what isn’t visible is the lives that will be changed within these new walls.

In August of last year, Randi adopted a black male cat named Rickety Cricket from AWA. We are so happy they found each other to love.

Will you help change lives by being a part of the capital campaign, Building a Place Where Happiness Begisn?

Reminder: AWA is still open – COVID-19 open, that is. The Pet Clinic is providing services out of the double trailer in the parking lot, allowing the shelter staff and animals to move into the pet clinic building while construction is taking place. All animals are still receiving loving care in a safe place. Donations are still being accepted at the drop-off area in front of the shelter.

Looking to the past as we move forward

Site preparation continues at the construction site at AWA. The ground is being leveled, the foundation dug out and the elevator shaft is now discernable. We can only imagine what the staff thought when they were preparing the site for the shelter built in 1966. It made us think about the similarities and differences between the 1966 shelter and the building under construction now in 2020.

The 1966 shelter was a combined humane education center and animal shelter, the first of its kind in this area. AWA knew that educating the public about animals would help foster kindness and respect for all life. The building had kennel quarters, isolation areas for sick animals and a kitchen for food preparation. Outdoor dog runs with roofs was a unique feature for the time. This was a positive step away for the “pounds” of the past where animals were housed unsafely, and their lives were of little value.

Over the decades new additions were added to the existing structure along with new programs. In the 1970s a Humane Education wing was added to teach children how to treat animals with care and kindness. The region’s first low-cost spay/neuter clinic, known as the Animal Birth Control Clinic, also opened its doors. In the 1980s outreach programs for senior citizens and special need children were developed. A Humane Education Director was hired, and Kindness Camp was created for children. During the 1990s, a spay and neuter program for all adopted cats and dogs was put into effect. The turn of the century brought a mobile clinic to AWA to provide onsite low cost spay/neuter and vaccination services for pet owner’s in the city of Camden. The Foster Care Program was formalized with volunteers providing temporary homes for animals before adoption during this time.

While considered the best design in 1966 there were enormous improvements in shelter architecture and design in the 1990s and 2000s that AWA worked to meet by adjusting space to always keep the care of the animals topnotch. However, walls, floors and bricks that defined the space couldn’t be modified enough. The shelter was cold or hot (depending on the season), noisy from dogs barking, and dark with small windows providing limited natural light. Although the staff and volunteers provided excellent care, it wasn’t an ideal environment for animals (or humans for that matter). It was time to say goodbye to the 1960s…

Welcome to 2020 where transforming animal sheltering, the heart of what happened in 1966, is still the objective. Today’s shelters are designed with the animals’ needs and well-being top of mind from layout, air flow, noise control, disease prevention and animal activity spaces. AWA is the last of the regional shelters to get rebuilt (because AWA is private with no county funds available) we need to raise donations. The goal at AWA isn’t just to build a new structure, but to elevate animal care, dispelling public perception that going to a shelter is scary and sad, plus creating a home for community programs not offered by other shelters such as: workshops, camps, training, dog rehabilitation, an onsite Pet Food Pantry and so much more. 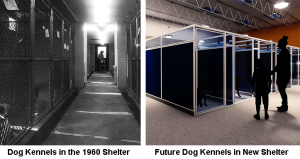 Gazing at the terrain where the dog kennels or community cat rooms will be in the new shelter or looking beyond to where the old shelter stood, it is apparent that even with decades between us, the goal is still the same: improving the lives of homeless animals and assisting the people who love them. A solid foundation is being established in the new shelter’s construction, but AWA has stood on solid ground for over 70 years, thanks to those who came before.

You can make a difference in the lives of homeless animals by supporting the capital campaign Building a Place Where Happiness Begins. A place where every animal entering will be safe, aided and saved. Can we count on your support?

Reminder: AWA is still open – COVID-19 open, that is. The Pet Clinic is providing services out of the double trailer in the parking lot, allowing the shelter staff and animals to move into the pet clinic building while construction is taking place. All animals are still receiving loving care in a safe place. Donations are still being accepted at the drop-off area in front of the shelter.

A Pile of Dirt and a Big Hole

Big machines are moving a lot of dirt around this week at the AWA construction site. Grading and excavation near the Pet Clinic building (now temporary shelter) in preparation for the retaining wall and foundation is what all that activity is about. Setting a solid support for the new shelter, the future home of homeless animals.

Don’t let appearances fool you, AWA is still open. The Pet Clinic is located in the trailer in the parking lot, the animals are safely being cared for in the shelter (Pet Clinic building). Donations are still being accepted at the drop-off area in front of the shelter.

We want to thank those who supported AWA with sponsorship and dedication signs in the old shelter building. Even though the old shelter is gone, your generosity will be remembered and recognized in the new shelter/education center. We thank you for being a part of the mission of saving animals’ lives.

Site Cleared for Construction to Begin

If you have been past AWA lately you will notice the old shelter is gone, and there is a big pile of dirt in its place. The site has been cleared; grading has begun for the start of construction of the new shelter/education center.

AWA is open – COVID-19 open, that is. The Pet Clinic is providing services out of the double trailer in the parking lot, allowing the shelter staff and animals to move into the pet clinic building while construction is taking place. All animals are still receiving loving care in a safe place. The donation drop-off is still available, right outside the pet clinic/temporary shelter building. The dogs residing at the shelter are still able to enjoy some fresh air and exercise in the play yards.

Notice the photo of the pet clinic roof below, that is the future home of the administration and development offices. Down the hill will be the future training center, summer camp area and elevator which will go up to the new shelter and the neo medical wing for the shelter animals.