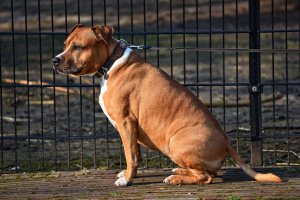 The controversial legislation mandates dog owners install fences for “larger dogs”.  The legislation equates responsible dog ownership with fencing dogs inside a yard as a way to ensure public safety from dog attacks.

Opponents cite the bill is unenforceable and punitive in nature.

Here are the main points that were brought up by those opposed to the bill:

To read more about this Controversial Bill CLICK HERE